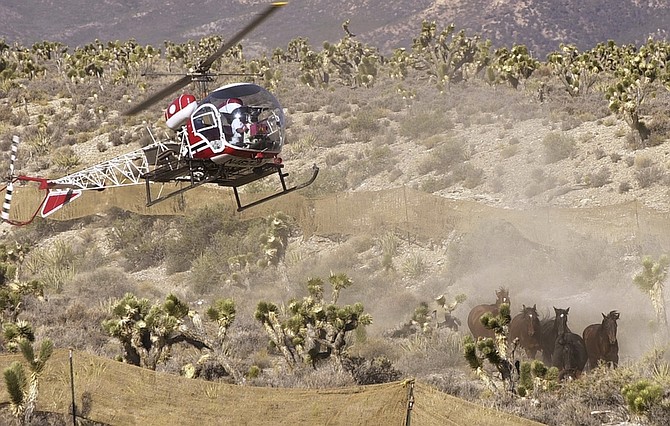 FILE - In this June 28, 2002, file photo, a helicopter used by the Bureau of Land Management rounds up wild horses near Cold Creek, Nev. The government said Thursday it will scale back costly roundups of wild horses that some critics contend are inhumane. (AP Photo/Joe Cavaretta, File)