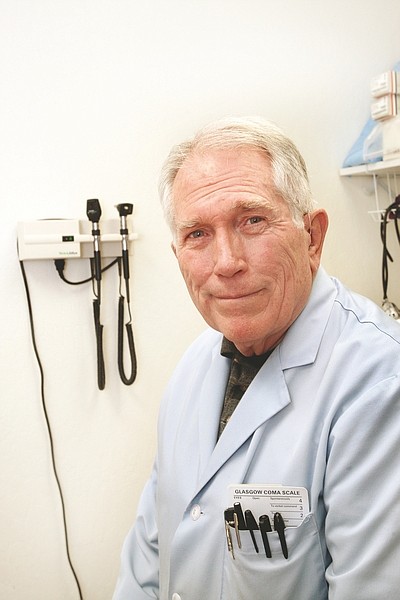 Jim Grant/Nevada AppealRex T. Baggett, a physician at the Ross Clinic will be honored for his 12 years of volunteer work at the clinic.