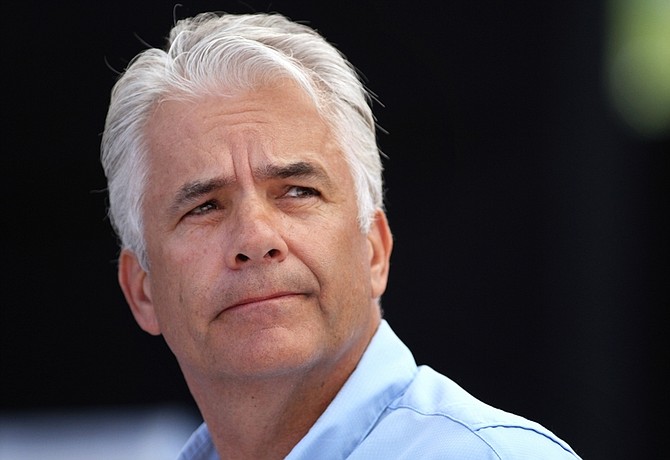 In this Aug. 17, 2010 photo, U.S. Sen. John Ensign, R-Nev., participates in the Tahoe Summit at the Sand Harbor State Park near Incline Village, Nev. The Associated Press has learned that GOP Senator John Ensign of Nevada will announce that he won&#039;t seek re-election. (AP Photo/Cathleen Allison)