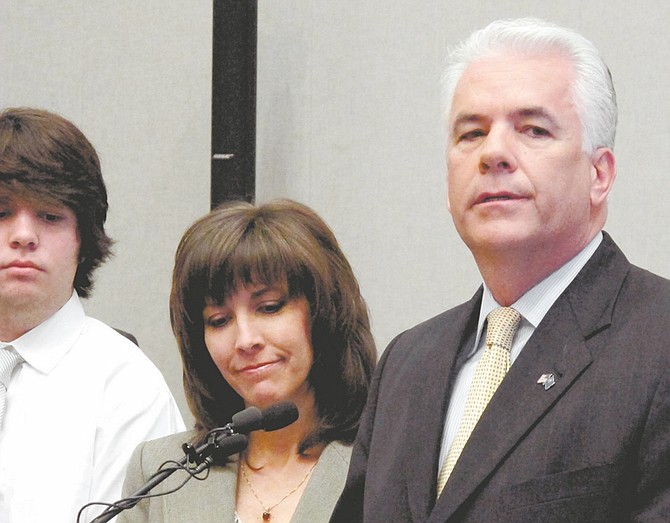 U.S. Sen John Ensign, R-Nev., accompanied by his wife Darlene and son Trevor, announces he will not be a candidate for re-election, during a news conference in Las Vegas on Monday, March 7, 2011. (AP Photo/Oskar Garcia)