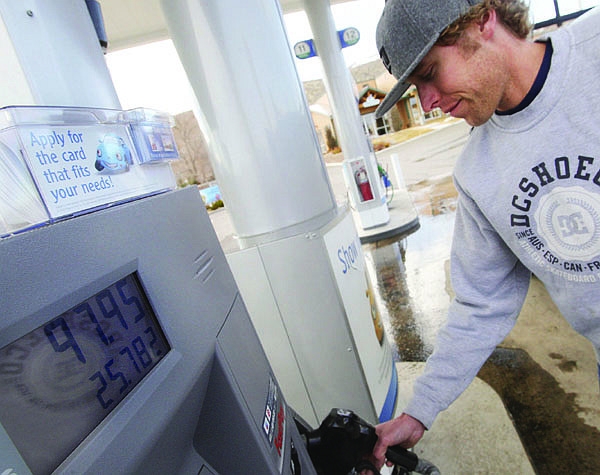 Jim Grant/Nevada AppealCarson City resident Chris Houston spent almost $100 on Tuesday to fill the gas tank of the van he uses for work.