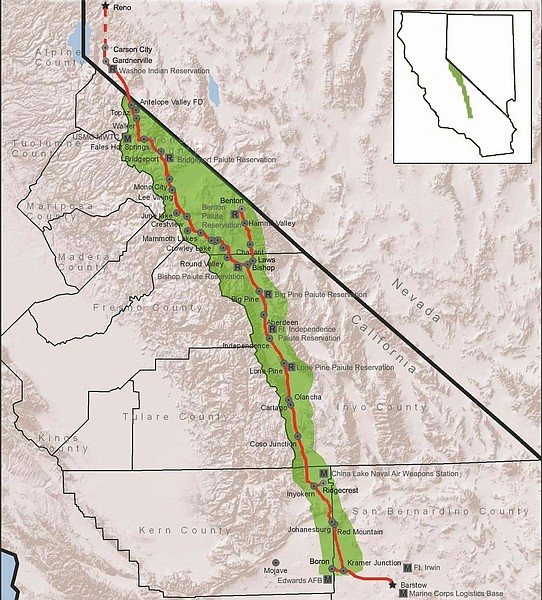 Courtesy of the California Broadband CooperativeThis map shows the area that will be connected by the Digital 395 project.