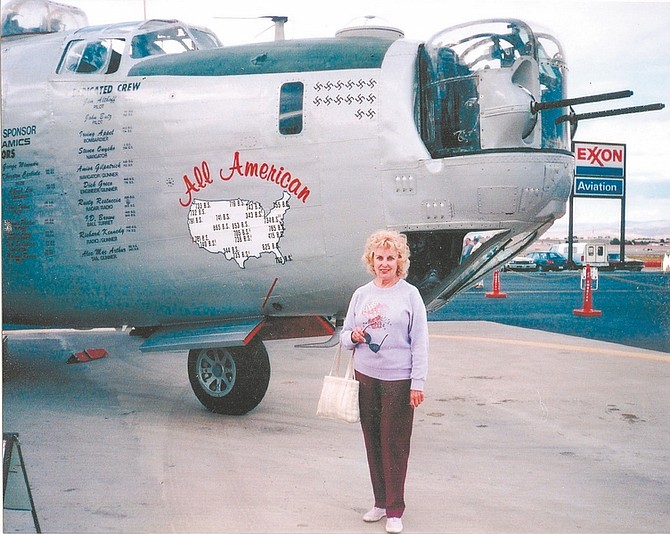 CourtesyHazel M. Stamper Hohn is seen at the Carson airport in front of a B24.