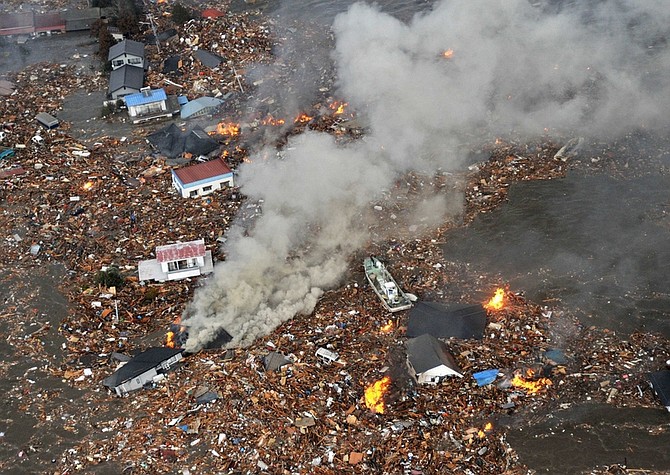 Flames rise from houses and debris half submerged in tsunami in Sendai, Miyagi Prefecture (state) after Japan was struck by a strong earthquake off its northeastern coast Friday, March 11, 2011. (AP Photo/Kyodo News) JAPAN OUT, MANDATORY CREDIT, FOR COMMERCIAL USE ONLY IN NORTH AMERICA