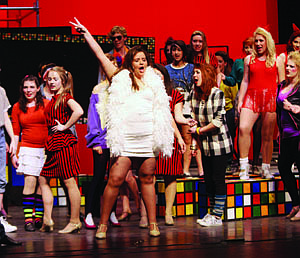 Jim Grant/Nevada AppealLindsay Burroughs and fellow cast members rehearse a scene for the Carson Performing Arts production of the musical comedy &quot;Back to the &#039;80s.&quot;