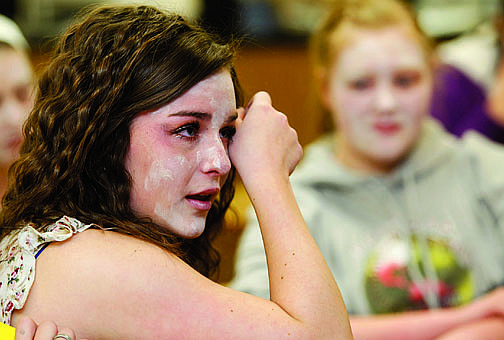 Photos by Shannon Litz/Nevada AppealEagle Valley Middle School seventh-grader Haley Gray wipes away tears while talking about her friendships and how important it is to have someone you can count on. Students who were used in the &quot;Drop Dead Day&quot; event met to discuss reaching out to fellow students to build relationships as an alternative to turning to drugs.