EPA, Nevada may clash again over Yerington mine 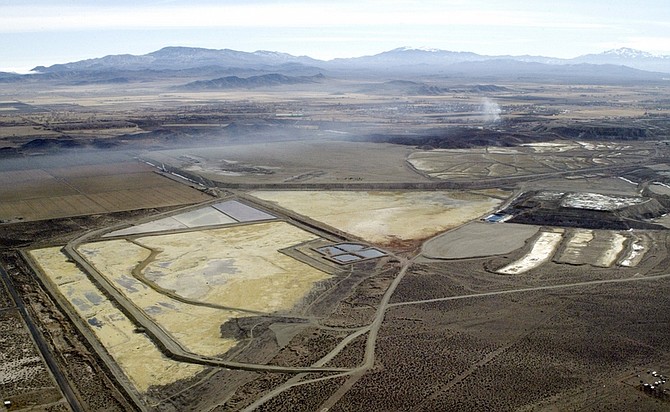 Published Caption: ** FILE ** Evaporation ponds at the Northeast end of an abandoned copper mine in Yerington, Nev., are shown in this aerial photograph taken Jan. 28, 2004. Under pressure from Sen. Harry Reid, D-Nev., and the Environmental Protection Agency, Gov. Kenny Guinn is signaling a new willingness to reconsider his opposition to declaring the abandoned mine a U.S. Superfund site. (AP Photo/Cathleen Allison)