So far, most of tax cut is going down the gas tank 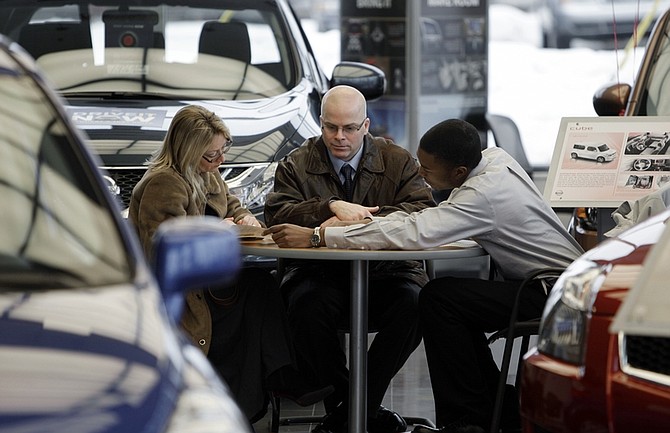 In this March 14, 2011 photo, Kelley and Ed Postal, of Pinckney, Mich., from left, work with salesman Darnell Forte at a Nissan dealership in Ann Arbor, Mich. Consumer spending rises at fastest pace since October, led by purchases of autos and gasoline.(AP Photo/Paul Sancya)