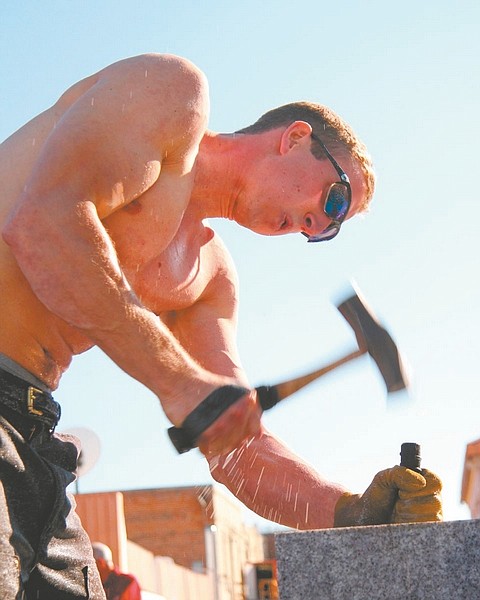 Photo by Bruce McDaniel/www.uisreno.comEmmit Hoyl, of Rollinsville, Colo., competes in the annual World Championship Single-Jack Rock Drilling on Saturday. The three-time winner was unable to finish after a piece of metal struck an artery in his arm.