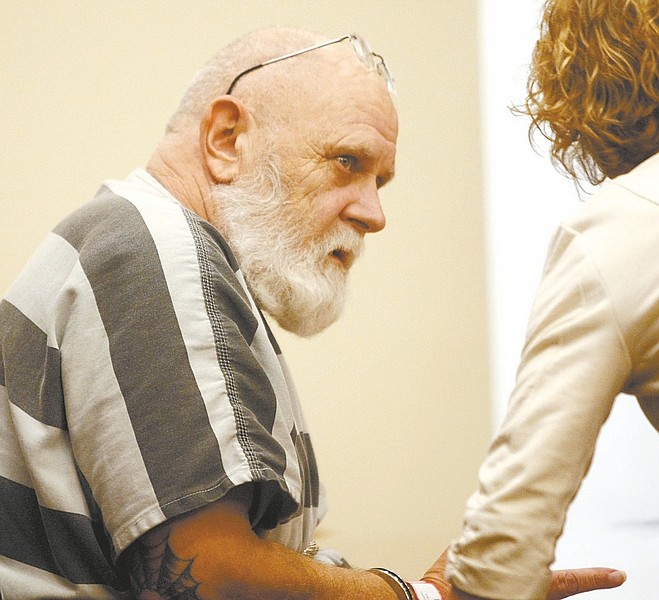 Shannon Litz/Nevada AppealAnthony Kelich talks to his attorney on Thursday. The Carson City man charged with the accidental shooting death of his roommate waived a preliminary hearing Thursday and has agreed to plead guilty.