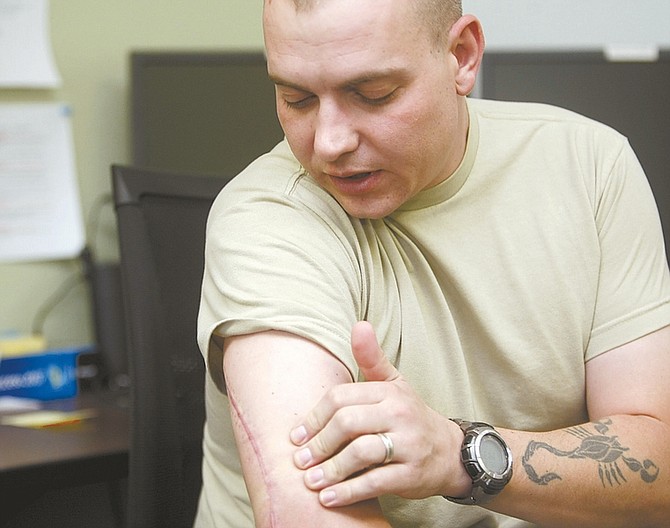 Shannon Litz/Nevada AppealJeremiah Mock shows on Thursday where he was shot on Sept. 6 while eating with four other Nevada National Guard members at IHOP. Mock&#039;s humerus bone shattered in 11 places.