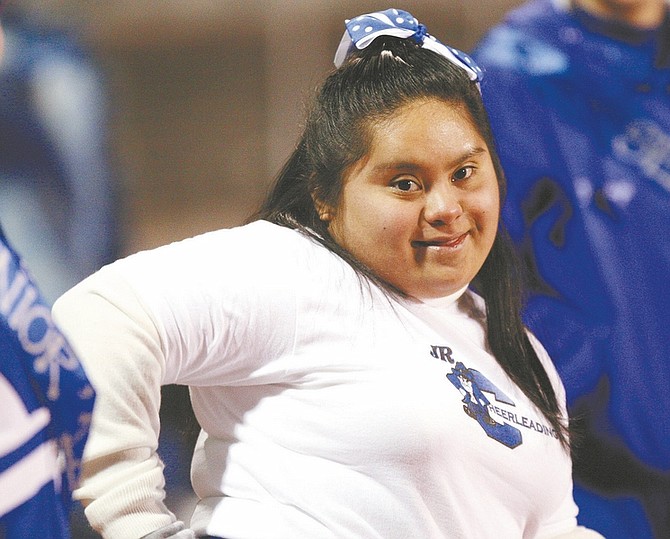 Jim Grant/Nevada Appeal Maria Gonzalez, 16, got the chance to fulfill her dream of becoming a cheerleader Friday night.