Quirky date for all, unique occasion for some 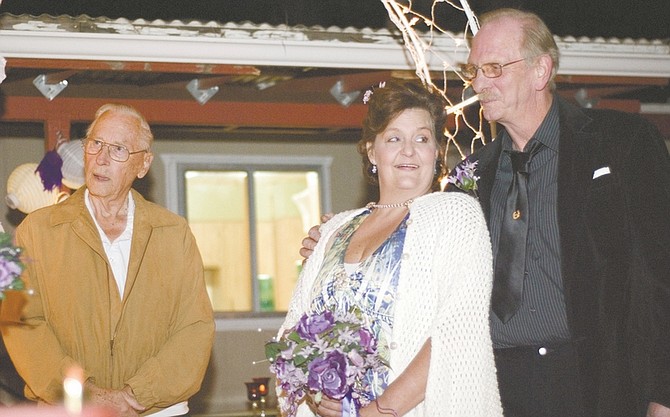 Michael Higdon / Nevada AppealPaula Lynn Marcus and Gary Richard Wood listen as a friend reads a poem at their wedding. Rev. James Breyer officiated the wedding at the couple&#039;s house Nov. 11, 2011, at 7 p.m. Thousands of people across Nevada were married Friday to capture the luck of 11-11-11.