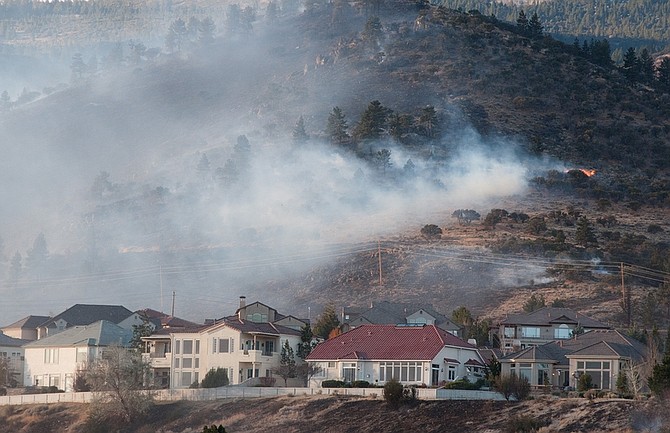 The 400-acre Caughlin Fire burns near homes in Reno, Nev. on Friday, Nov. 18, 2011. High winds are making it difficult to contain the fire. Officials say at least a dozen homes have been lost, several people have suffered smoke inhalation and one person suffered a cardiac arrest in the fire, which started about 12:30 a.m. in the Caughlin Ranch area and glowed orange on the hillsides through the night. (AP Photo/Kevin Clifford)