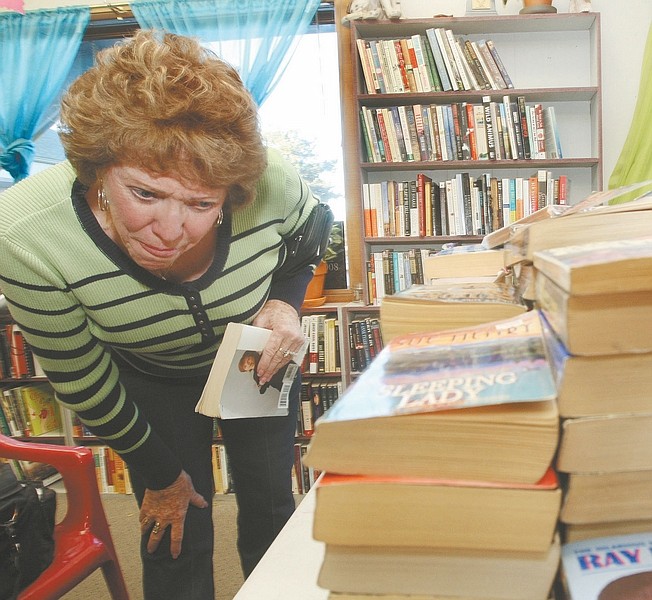 Jim Grant / Nevada AppealCarson City resident Janae Holmes searches for a book at Dog-Eared Books on Monday. The store&#039;s owner says her business is struggling, despite the closure of Borders in September.