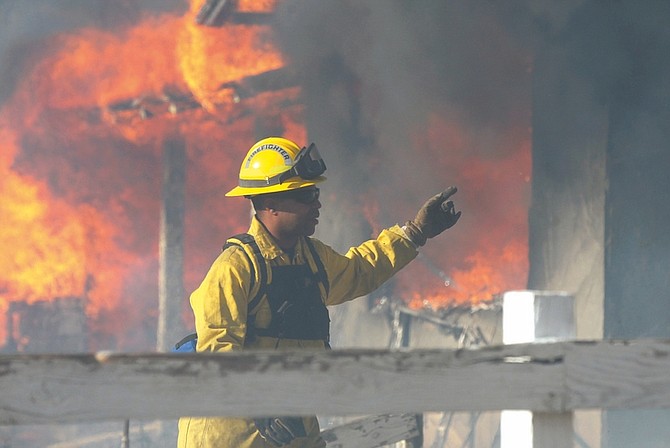 Firefighters battle a 400-acre brush fire in south Reno, Nev., on Friday, Nov. 18, 2011. The fire raged through more than 400 acres, claimed at least one life, injured several others, destroyed dozens of homes and blanketed Reno and its suburban enclaves in a fiery curtain as violent winds sidelined firefighters and rescue helicopters. (AP Photo/Cathleen Allison)