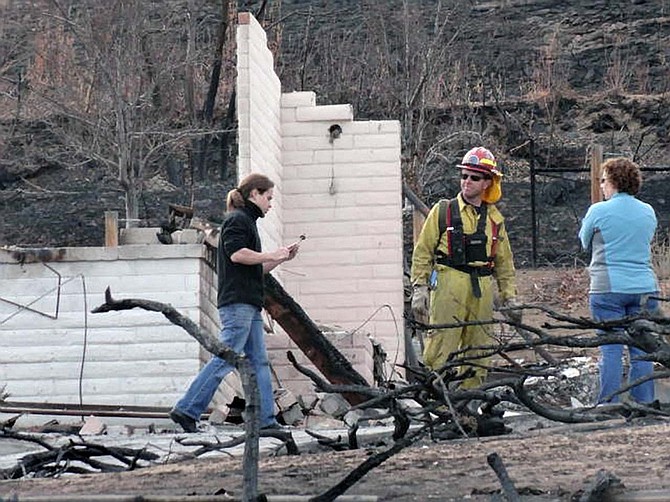 Austin Hardage, 23, left, returns, Saturday, Nov. 19, 2011 to the charred rubble that used to be the home where he and his wife, Sarah Hardage, 22, lived in an upscale community in the Sierra foothills in southwest Reno, Nev. before a wildfire destroyed that home and 31 others early Friday.(AP Photo/Scott Sonner)