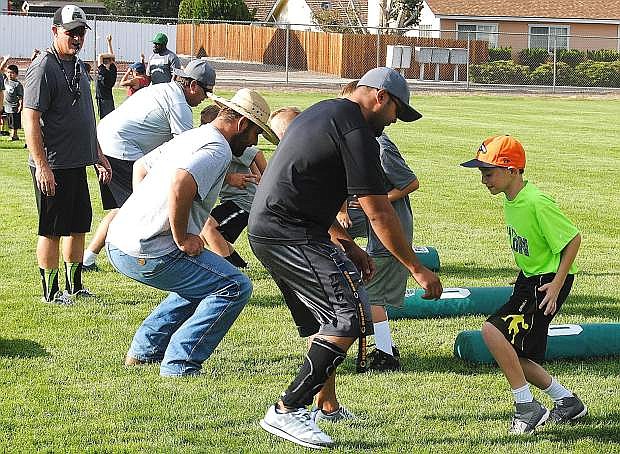 Youth football coaches go over the fundamentals of tackling with players during a camp last week at Churchill County High School.