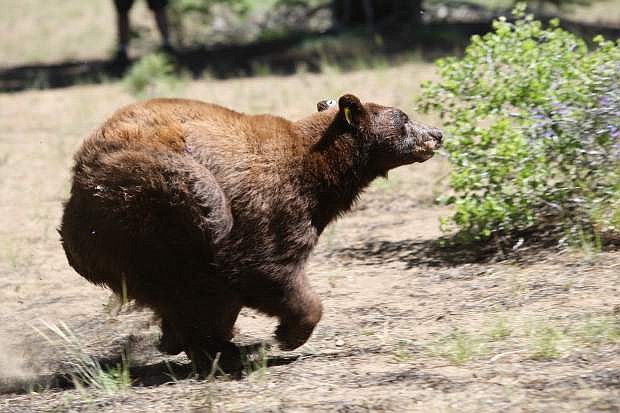 An eight-year-old female black bear is released near Spooner Summit.