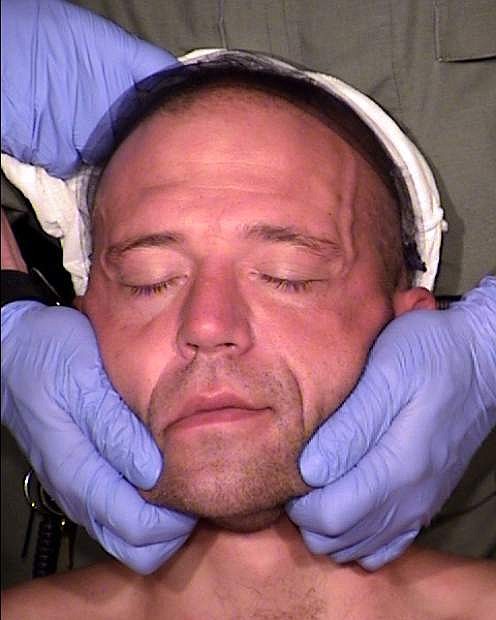 In this photo provided by the Las Vegas Metropolitan Police Department, Scott A. Carmitchel, 34, is pictured in this Clark County jail booking photo taken Saturday, July 26, 2014, after his arrest on charges in connection with the armed robbery of $43,500 from the Bellagio casino on the Las Vegas Strip. Las Vegas police said in releasing the photo on Tuesday that Carmitchel--who also goes by Carmitchell--was combative and uncooperative during the booking process so they had to hold his head steady for the photograph. (AP Photo/Las Vegas Metropolitan Police Department via Review-Journal)