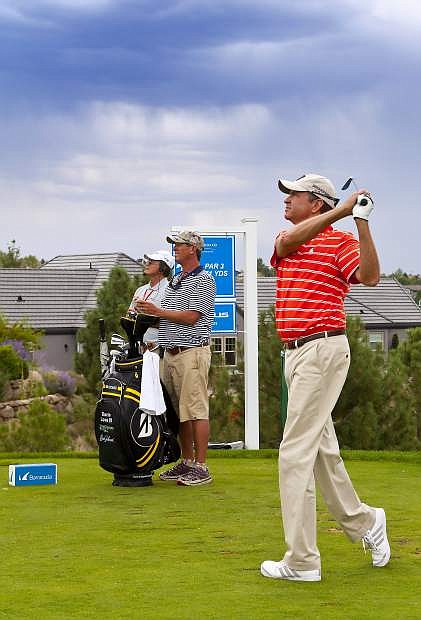 Davis Love III looks at his tee shot during a practice round for the Barracuda Championship at Montreux Golf &amp; Country Club on Wedneday.