Others join Nevada in race for Tesla 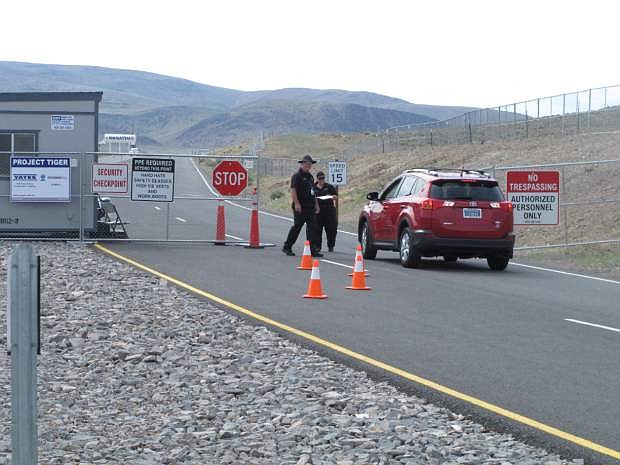 Security guards stop a car Friday Aug. 1, 2014, at the gate to the site Tahoe Reno Industrial Center about 15 miles east of Reno, Nevada where Tesla Motors has broken ground as one of the possible places to build a $5 billion &quot;gigafactory&#039;&#039; to make lithium batteries for its electric cars. (AP Photo/Scott Sonner)