Temperatures to hit 90s by weekend 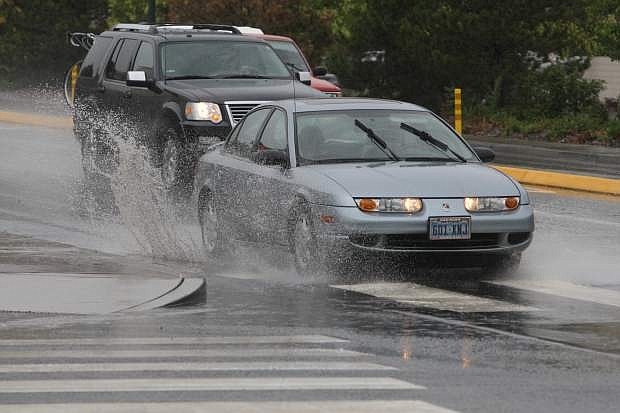 Motorists splash through a puddle at the intersection of Fairview Drive and Roop Street on Monday. More rain is in the forecast for today.