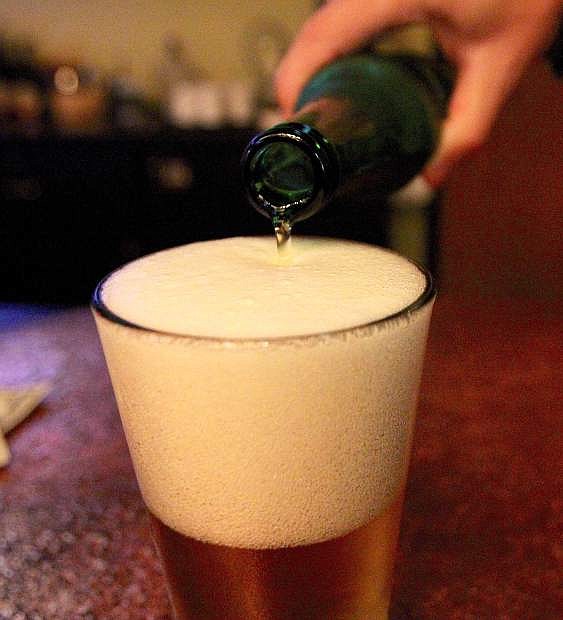 A beer is poured Aug. 4 at a Tahoe area bar.