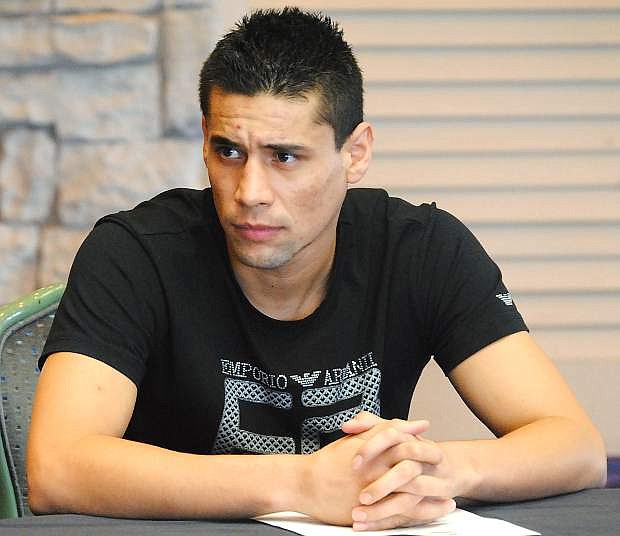 Mexican boxer Luis Grajeda takes in the press conference during Wednesday&#039;s media day for the Fallon Fights at John Ascuaga&#039;s Nugget in Sparks.