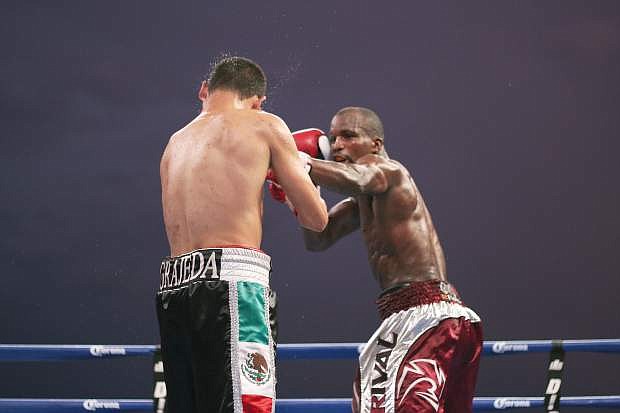 Junior middleweight Willie Nelson, right, lands a blow in his bout against Luis Grajeda on Friday at the Fallon Fights at the Churchill County Fairgrounds. Nelson won the 10-round bout by unanimous decision.