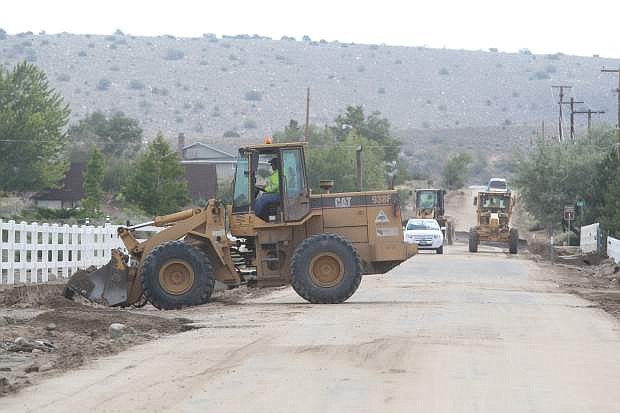 Heavy equipment is used to remove mud and sand off Stephanie Lane in north Douglas County after Monday&#039;s flooding.