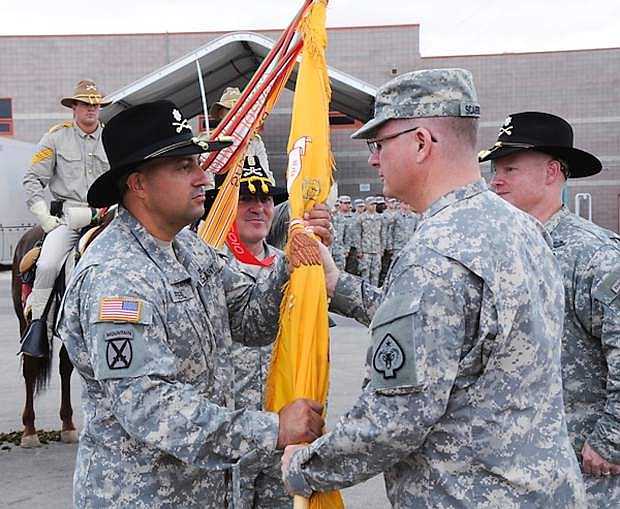 Col. Vernon Scarborough, the commander of the 17th Sustainment Brigade, center, passes the colors of 1st Squadron, 221st Cavalry, to Lt. Col. Michael Peyerl, the incoming commander of the 1-221st, left, on Sunday in North las Vegas. The passing of the colors is a tradition that symbolizes Scarborough entrusting Peyerl with the command previously held by Lt. Col. Michael Glynn, right.