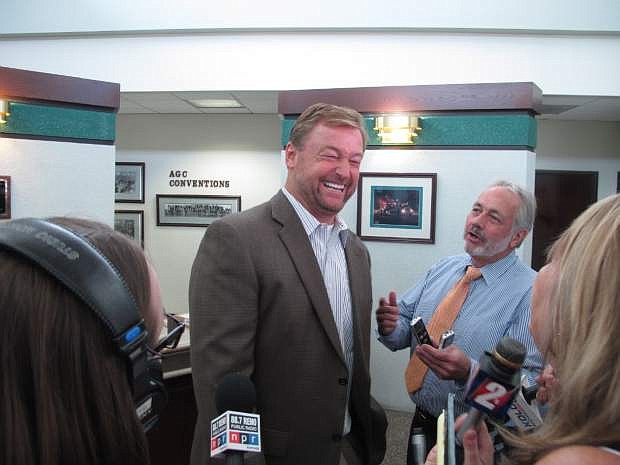 Sen. Dean Heller laughs with reporters Monda after meeting with a transportation round table sponsored by the Association of General Contractors at Granite Construction in Sparks. Among other things, he discussed efforts to lure Tesla Motors&#039; $5 billion lithium batter plant to Nevada. He warned a proposal to fund education with a 2 percent margins tax on corporations would undermine efforts to seal the deal.