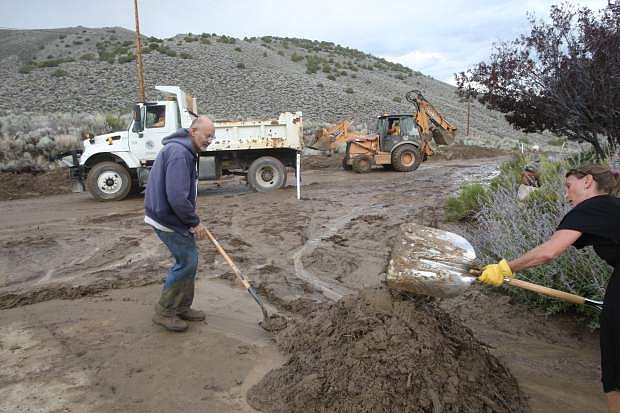 Carson River Road resident Jerry Vivant clears mud and debris from his driveway after a culvert overflowed and more than 3-feet of mud washed across the road on Monday afternoon.