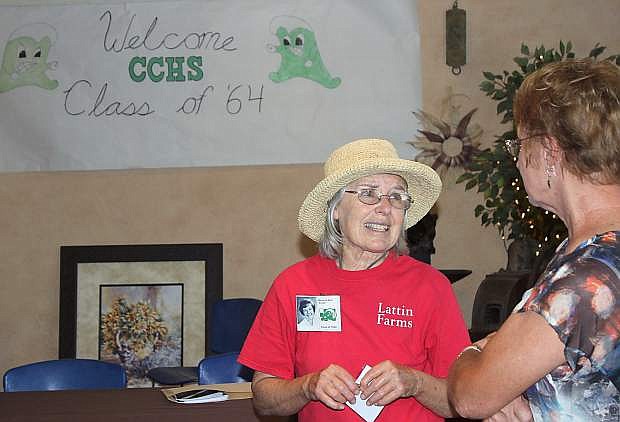 B. Ann Lattin, left, and Lonne Sheldon sat at the registration desk for the Class of 1964.