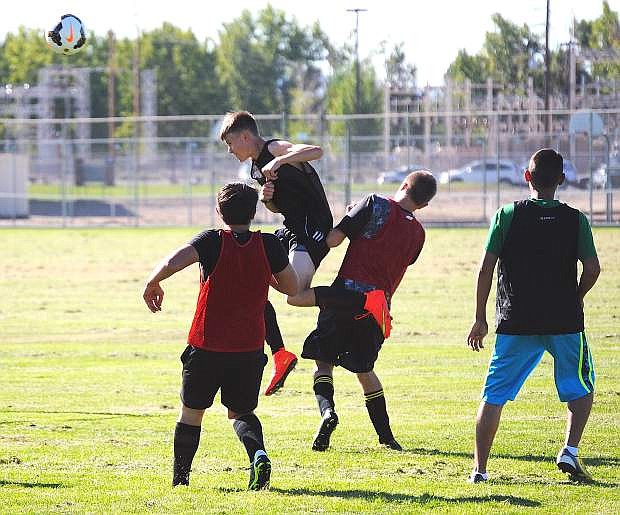 Fallon senior Tristan Parrott, in air, heads the ball on goal during a light practice on Thursday at Churchill County High School. Official practices for all fall sports began on Thursday.