War hero survives 24 days at sea in a life raft 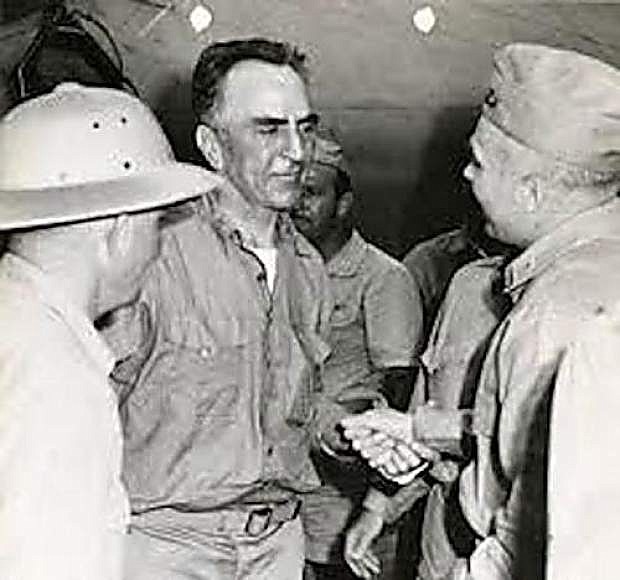 A wan Capt. Eddie Rickenbacker, center, who lost 54 pounds during his 24-days in a life raft, is shown as he is about to be flown from Samoa to New Guinea to meet Gen. Douglas MacArthur.