Battle for obscure Nevada office all about 2016 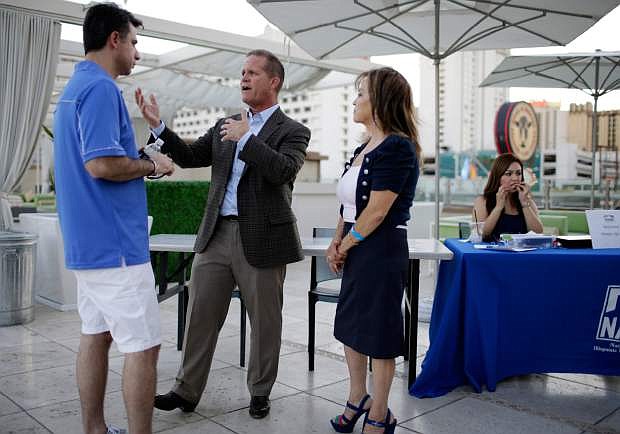 In this photo taken on July 23, 2014, GOP lieutenant governor candidate Mark Hutchison, second from left, speaks with Tony Medina, left, and Olga Naccari-Torres at an event in Las Vegas. Nevada governor Brian Sandoval, and Senate Majority Leader Reid are deeply involved in the campaign in Nevada for lieutenant governor, since the winner would replace Sandoval should the highly popular governor decide to run against Reid. (AP Photo/John Locher)