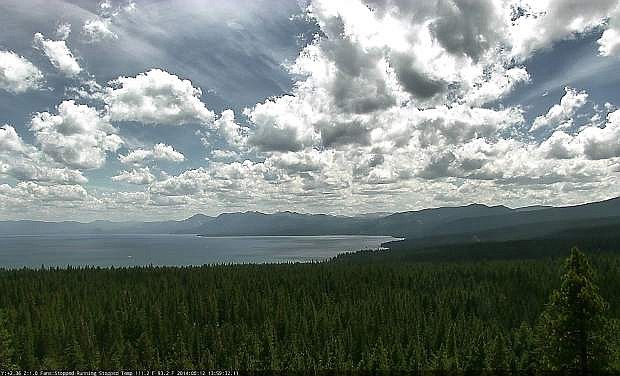 This image was taken from a fire monitoring camera in North Lake Tahoe.