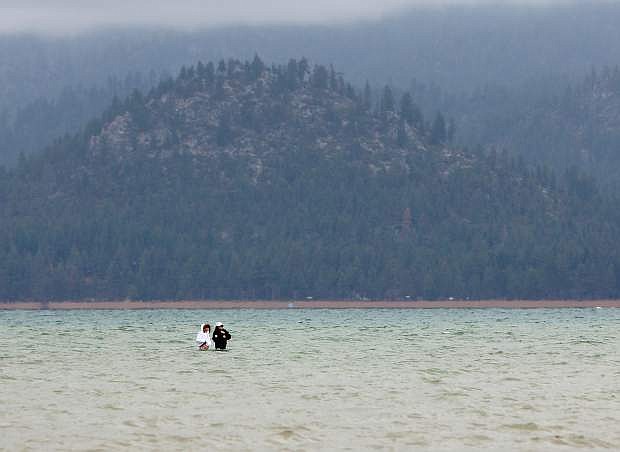 At the 2014 State of the Lake presentation Thursday, Tahoe Environmental Research Center Director Geoff Schladow said the lake&#039;s water level will likely dip below its 6,223-foot natural rim within a couple months. In this photo taken earlier this month, two people walk in shallow water a couple hundred yards away from the shore.