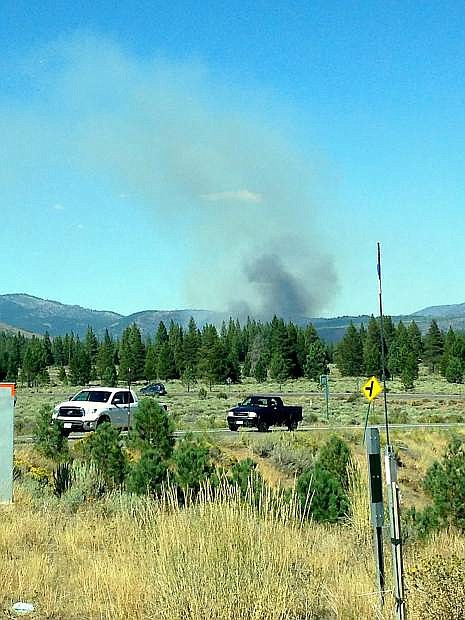 Wesley R. Clemens submitted this image, showing smoke emitting from the fire near Boca. Clemens took the photo at about 3:40 p.m. from Highway 267 near Northstar California.