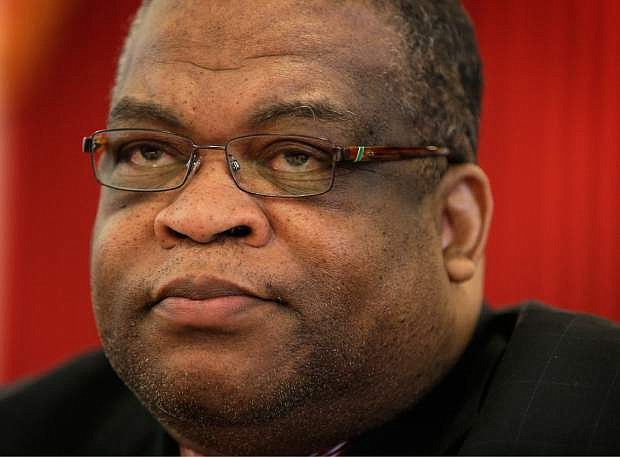 Robert E. Fowler, pastor of the Victory Missionary Baptist Church, speaks at a press conference for Nevadans for Background Checks Monday, Aug. 18, 2014, in Las Vegas. The group is planning a signature-gathering campaign to get a gun sales background check initiative on the 2016 ballot in Nevada. (AP Photo/John Locher)