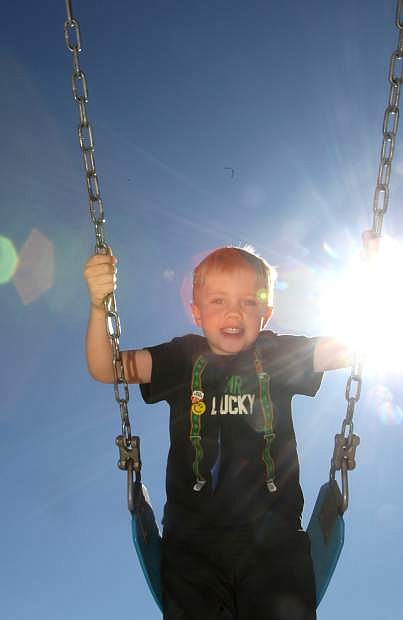 Jack Pedersen, 5, a kindergartner at Mark Twain Elementary School tries out the swings during recess on the first day of school Monday.