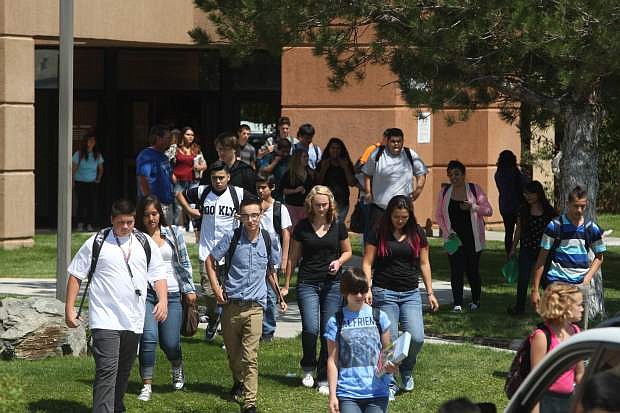 Students leave Carson High School on Tuesday afternoon. About 130 more students attended the first day of school this year than on the first day last year.