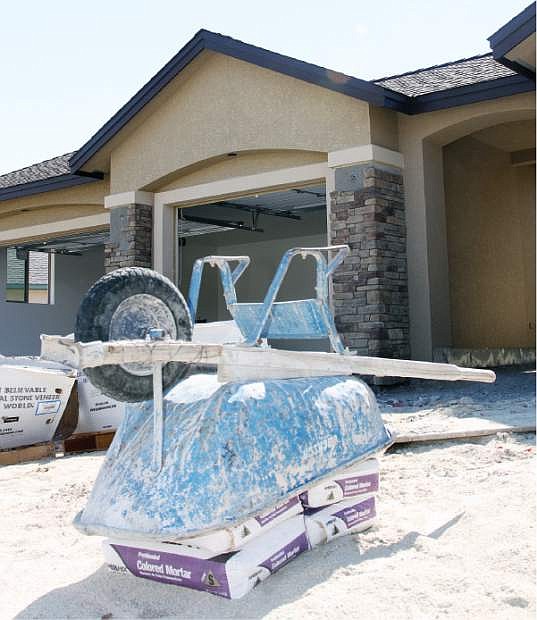 A new home is near completion on Oak Ridge Dr. in Carson City Wednesday.