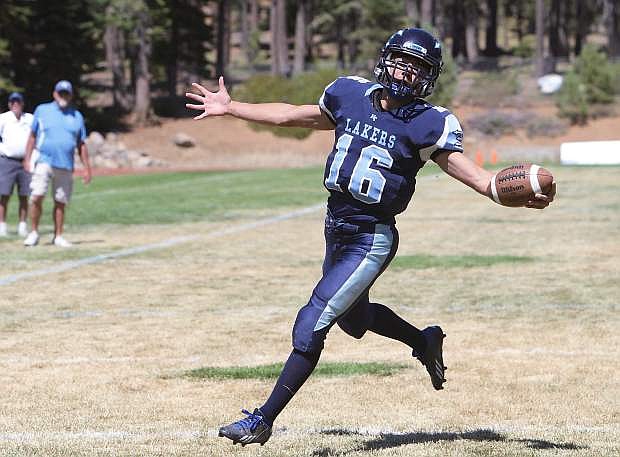 Brandon Hayakawa, seen scoring a touchdown for the Lakers last year, was allowed to transfer to Truckee for his senior season after learning that North Tahoe was forced to cancel its 2014 campaign due to a lack of players.