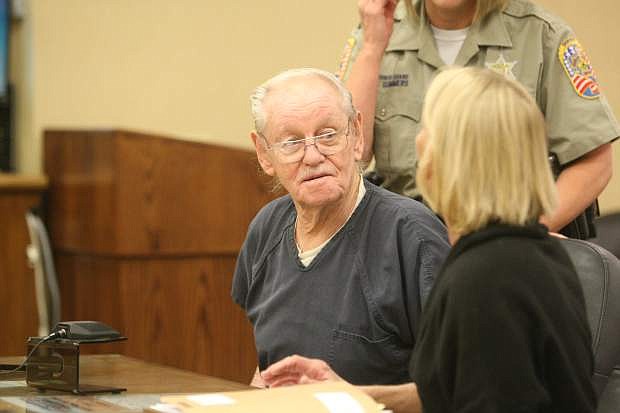 Melvin Norlund confers Friday with his attorney, Kris Brown, in East Fork Justice Court. Norlund, 81, is facing a charge of open murder. He is being held in Douglas County Jail.