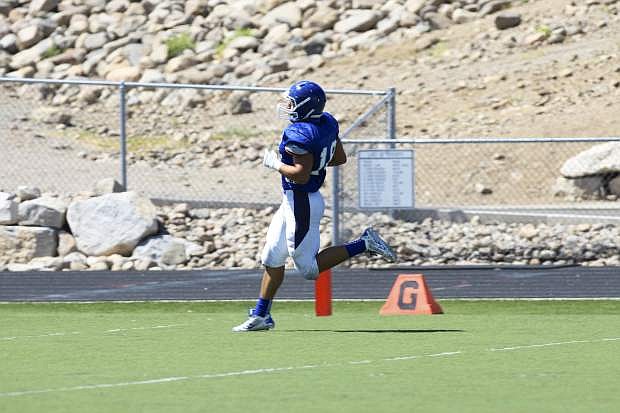 Brady Rivera scores against Galena in a scrimmage at Manogue HS Saturday.