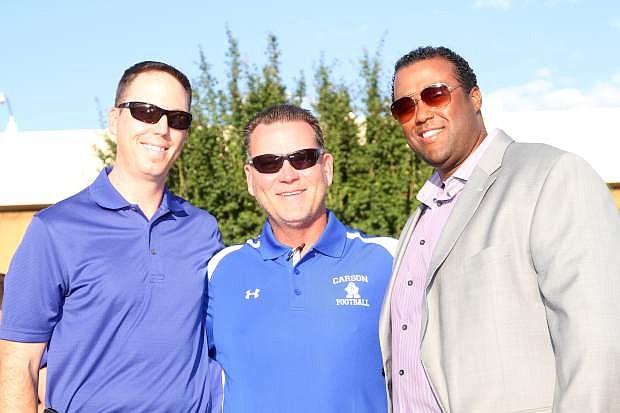 Two former Carson High Football players pose with Coach Blair Roman and were inducted into the Hall of Fame at the Kickoff and Hall of Fame Dinner Saturday. Class of 1999 graduate Dave Krueger (left) was an all-state running back and was also the Gatorade Player of the Year in Nevada. Class of 1998 graduate Justin Mitchell (right) was an all-state center his senior year.