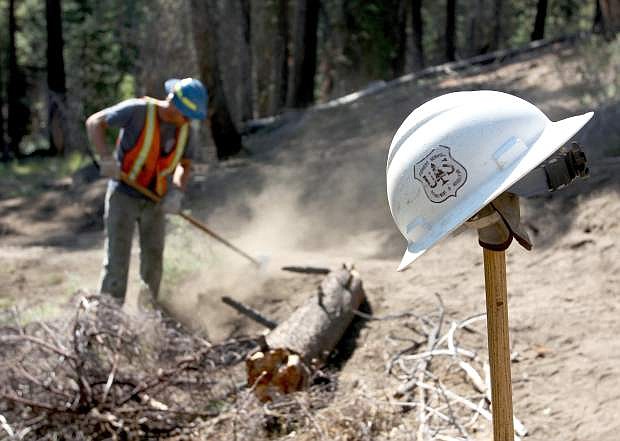 Jacob Quinn, a trails engineer with the U.S. Forest Service, works on a trail system off Tahoe Mountain Road on Wednesday.